So, You Want to be in Films? 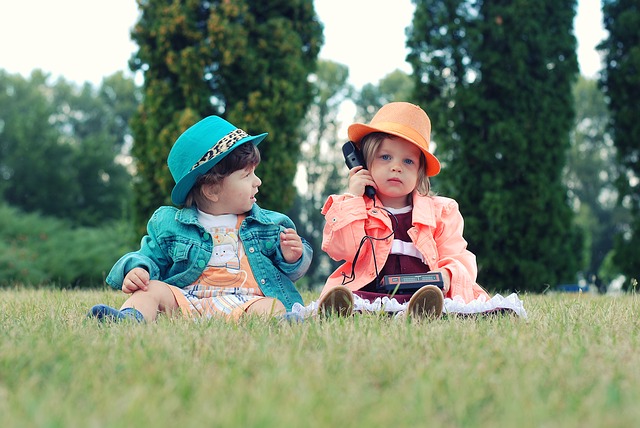 Listerine® PocketPaks® – the postage stamp-size strips that melt in your mouth – became an instant hit after their market debut with more than 100 million units sold. Named a “Best Innovation” by Time Magazine, audiences and critics raved about their portability and ability to take without water. Not only did Listerine PocketPaks create a popular sensation, they established a new genre for oral drug delivery!

Who is in the Audience

Oral films – also known as orally disintegrating/dissolving films, orodispersible films, or fast/quick/rapid dissolving films – are strips of water soluble polymer containing an active that dissolves or disintegrates on contact with saliva. They can be formulated for lingual, sublingual or buccal delivery, offering opportunities for local or systemic absorption.

What Critics Have to Say

Proponents of orally disintegrating films emphasize their convenience attributes – particularly the ability to take the medicine without water; an advantage shared with orally disintegrating tablets (ODTs). This product attribute makes taking medicine easy and discrete. It can also help ensure successful administration for patients who have difficulty swallowing tablets and capsules (dysphagia) or (“institutionalized”) patients who refuse administration by “cheeking” and expectorating tablets and capsules.

Disadvantages of oral films are a relatively low drug loading owing to their traditional postage stamp size and thickness, and sensitivity to temperature and humidity necessitating specialized manufacturing and packaging. It should be noted that some ODT technologies share these limitations.

Off to Film School

From the earliest days of filmmaking, cinematographers have advanced techniques to compose images that make them appealing to the eye, borrowing from other visual and performing arts to produce award-winning movies that capture the imagination and soul of audiences.

Similarly, many successful drug products incorporate techniques adopted from other fields of science. For example, many pharmaceutical technologies trace their origin to the food industry – with oral films being one of many.

In addition to creating the necessary form and functional properties of oral films, palatability is critical to patient acceptance. Here the pharmaceutical scientist needs to borrow from the fields of food science, sensory science and the culinary arts.

Many drug actives are bitter or have other aversive sensory attributes and therefore proper taste masking techniques are often required. The application of a barrier coating is sometimes required to “sequester” the drug active from the taste receptors. Challenges for this approach include drug loading limitations and the requirement for small sized particles to avoid the perception of grittiness, generally less than 100 microns.

Patient acceptability of a drug product is a function of both its initial taste characteristics and the aftertaste it leaves behind.  Both must be addressed otherwise palatability suffers. When palatability suffers so does patient adherence, health outcomes and product sales.

Senopsys recently evaluated a series of film prototypes and the marketed ODT containing the same active. Four film prototypes were evaluated (as a 2×2 design of two sweetener and two flavor types) along with the flavored commercial ODT. The samples were evaluated using the Flavor Profile method of sensory analysis, an internationally recognized, open-source (i.e., non-proprietary) method described in an earlier post. To facilitate interpretation, the results were analyzed and plotted on Senopsys’ FlavorMetrics℠ Palatability Profile.

The FlavorMetrics℠ Palatability Profile is an empirical model that relates the quality of the initial flavor (x-axis) and as measured by Amplitude (balance and fullness) and aftertaste (y-axis) as measured by the degree of coverage of the aversive attribute, in this case bitterness. Formulations closer to the origin are objectively higher in flavor quality, i.e., are more palatable. 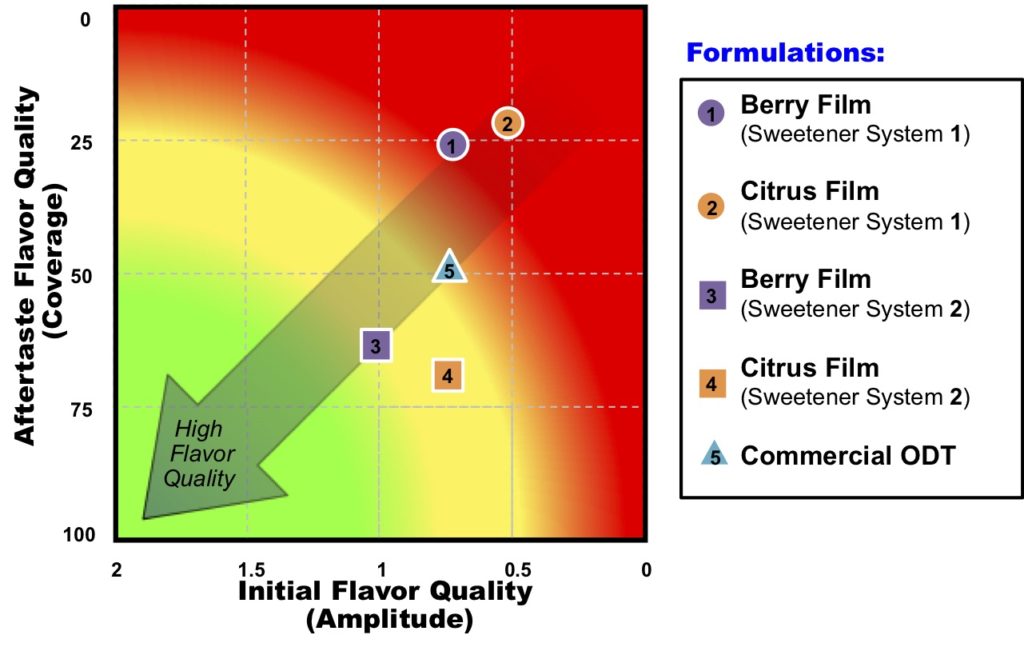 As shown above, initial and aftertaste flavor quality are approximately the same for the Citrus and Berry flavors. However, by optimizing the sweetener system (#2) the overall flavor quality of the prototype films was improved significantly, surpassing that of the commercial ODT.  This is not surprising as taste and smell represent completely different modalities, just like the sense of sight is different than touch. And they have no impact on one another as demonstrated with the oral film prototypes.

Oral films 3 and 4 are deserving of nominations for Patients’ Choice Awards for Palatability!

Coming Soon to a Patient Near You in 3-D

The pharma industry continues to advance “novel” oral dosage forms to meet unique and challenging technical requirements and that are acceptable to patients. Many dosage forms, including films, were adopted from the food industry, which continues to serve as an innovation source for the pharma industry. New technologies like 3-D printing such as used in Spritam, developed with Aprecia’s, ZipDose® technology,  are enabling advances in orally disintegrating tablets and opening possibilities for truly personalized medicine.

Regardless of technology, palatability and swallowability remain critical performance attributes for all oral dosage forms!