Regulations in the United States and European Union are incentivizing (via pediatric exclusivity) and requiring the development of pediatric medicine. These regulations are designed to ensure that every new drug will be evaluated for use in pediatric patients and studied in this population when appropriate.

A key requirement is the submission of detailed plan that outline the studies to be conducted as part of the pharmaceutical and clinical development program.

The regulatory agencies require that companies demonstrate the “palatability” of drug products in pediatric patient populations as part of the pharmaceutical and clinical development program (unless a PIP or PSP waiver is granted).

But what is meant by “palatable”?

There are many definitions of “palatable” – dictionaries, expert opinions and regulatory perspectives. 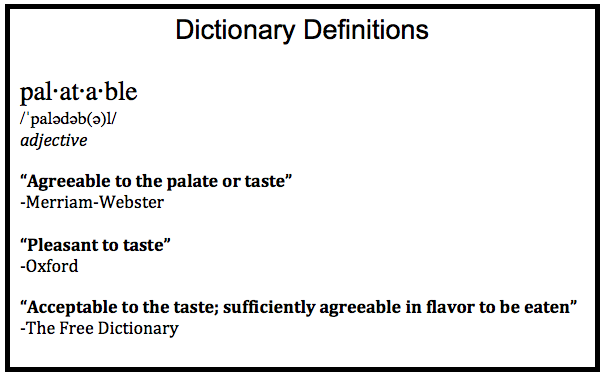 The European Medicines Agency (EMA) has proposed its own definition:

“The overall appreciation of an (oral) medicine by organoleptic properties such as vision (appearance), smell, taste, aftertaste and mouthfeel.” 1

The challenge with all of these definitions is that they are subjective.

Senopsys has advanced a definition of “palatable” that is based on the scientific principles of perception:

A key feature of Senopsys’ definition of palatable is that it is objective, with a measureable endpoint.

Psychophysics is the scientific study of the relation between stimulus and perception. Nearly all stimuli (sound, sight, taste, smell) follow a similar response profile idealized below. 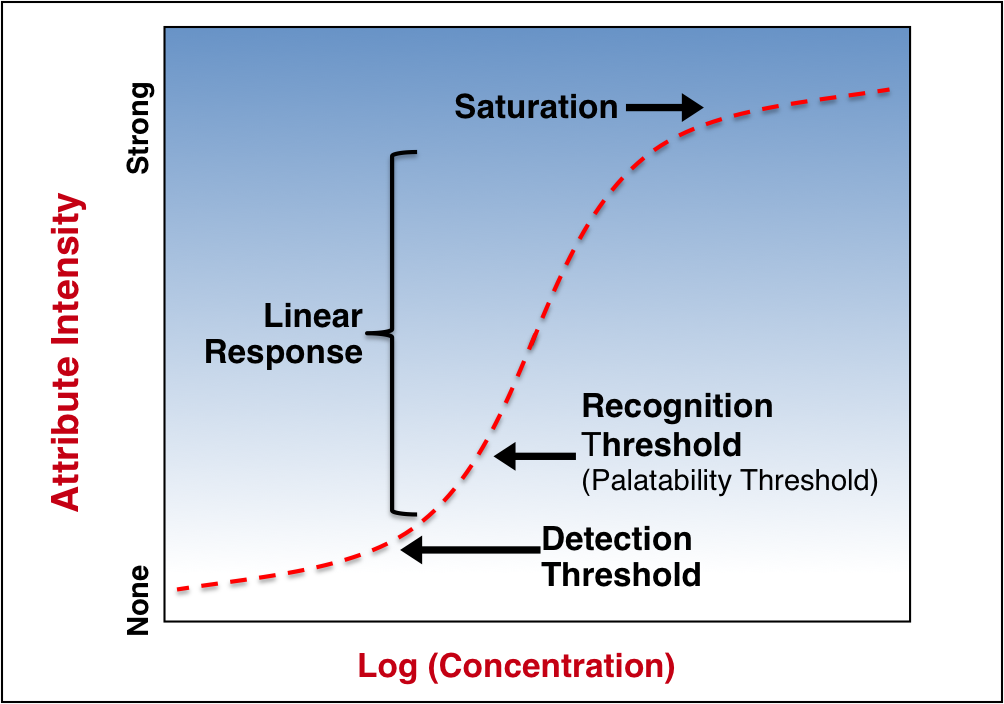 At low and high strengths, perceived changes in stimulus intensity become asymptotic to the change in strength. Thus the linear portion of this stimulus curve defines the human sensory world.

To this response curve, three important cognitive functions can be ascribed:

The recognition threshold is the strength at which stimuli elicit a qualitative response from the subject, e.g., “sweet”, “cherry”, “cooling” or in the case of sound, a hushed but intelligible whisper.

As stimuli strength continues to increase, a point of saturation is reached, beyond which large changes in strength are not perceived as stronger. The analogy to sound is music at a rock concert – beyond a certain level, increases in speaker output only produce pain.

The recognition threshold is the most important in developing palatable drug formulations – aversive sensory attributes below this intensity will not be perceptible to patients.

How is the recognition threshold measured?

The output is analogous to a chromatogram, wherein each peak represents a separately identified sensory attribute and the peak height/area corresponds to perceived strength or intensity of each attribute. 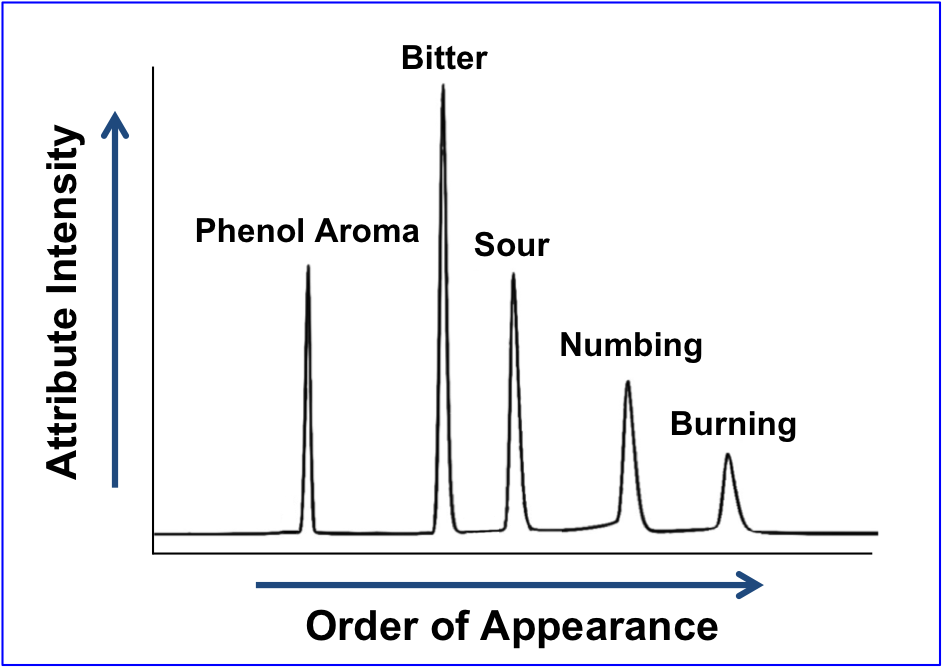 What is a Palatable Drug Formulation?

Returning to the concept of palatability, many drug actives are extremely bitter or have other aversive attributes such as a malodor, trigeminal irritation, or a gritty texture.

It’s an industry myth that flavor preference – orange, grape, chocolate or mint – is the primary determinant of palatability of drug products. In actuality, the true measure of palatability is the degree to which the aversive attributes have been eliminated.

Understanding the psychophysics of perception, palatable drug are those in which the aversive attributes have been reduced below their recognition thresholds. In other words, they are not overtly bitter, produce little trigeminal irritation, are smooth not gritty and have no perceptible malodors.

In future posts we’ll describe some of the processes, tools and techniques available to formulation scientists to help them manage the technical risks associated with developing and manufacturing palatable drug products.