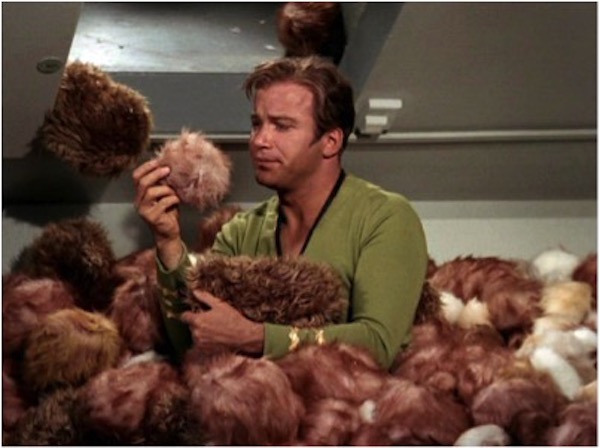 Size Matters
FDA guidance recommends a target bead size up to 2.5mm for drug products labeled for “sprinkle”. Many companies are using this guidance as justification for developing mini-tablets for children near or at this limit for dosing in food. This is a high-risk proposition, and this is faulty logic. Why?

First, the guidance was developed for adults not children (or the elderly for that matter).  In the two FDA cited references, all subjects were healthy adults between 25 and 45 years of age1,2.  This population discrepancy is obvious on the surface, but how do adult and pediatric populations differ in their ability to ingest foods and drugs? Mastication is a complex physiological process that enables food to be size-reduced and swallowed. It requires coordination of bones, muscles, teeth and soft tissues – all of which change during physiological development.

At birth, infants are limited to foods that only require swallowing, namely liquids such as breast milk or formula. As their oral-motor skills develop, they are able to process semi-solids by about 6 months of age and firmer solids by about 10 months (coinciding with the emergence of first teeth). Chewy foods that require further mastication only begin to be accepted by 24 months, with the emergence of molars and ability to effectively transfer food to the teeth using the tongue. For particularly high-risk foods such as nuts, seeds, whole grapes, raw carrots, apples, popcorn, and chunks of peanut butter, the American Academy of Pediatrics recommends avoiding for children less than 5 years of age.

Second, the guidance is based on a mean particle size end-point, which is rather meaningless. Before they may be swallowed, foods are size-reduced to different degrees based on many factors including their size, shape, consistency, hardness, deformation, roughness, tackiness, lubricity, and other characteristics. Think about how much you chew raw vs. cooked vegetables, fresh vs. canned fruit, smooth vs. chunky peanut butter, hamburger vs. steak, raisins vs. nuts, toffee vs. hard candy – clearly there’s a large difference in the size of the swallowed mass.

Numbers Count
Published research suggests that children can swallow 1 to 5 mini-tablets more easily than a small liquid volume (3-5mL)3-9. While the studies compare form – solid vs. liquid – they were conducted without regard to the reality of dose sizes. In a recent study, we evaluated the sensory effects of 120 mini-tablets. Imagine administering your child 120 mini-tablets versus a teaspoon of liquid!

Solids Need Taste Masking Too
Many assume solids don’t have a taste challenge, as the drug active is minimally soluble. If you’ve ever chewed an aspirin, acetaminophen or ibuprofen tablet, or let it linger for a few seconds too long in the mouth before swallowing, you know this isn’t completely true. Even as a solid, many are bitter and some are burning at parts-per-million concentrations. Even the most intractable APIs can be locally solubilized at the (amphiphilic) taste receptor membrane, generating aversive bitterness. For example, many antibiotics are suspensions and are highly unpalatable, as any parent of young children can attest.

Importantly, the properties and performance of multiple coated mini-tablets is markedly different than a single tablet. Depending on the surface properties, mini-tablets may agglomerate into a large mass in the saliva or dosing vehicles – increasing the propensity of the patient to chew for particle size reduction. Unlike most liquids, mini-tablets may adhere to gums, teeth and palate thereby increasing residence time in the oral cavity and sustained release of API bitterness!

“When all else fails, dose in foods!”

This is a common proposed solution that is fraught with difficulties.

While multi-particulate dosage forms offer a number of advantages, they still need to be successfully administered – that is, swallowed. The knee-jerk solution is to recommend dosing mini-tablets in semi-solid foods, with applesauce and yogurt being the go-to foods for young children.

Most semi-solid foods have a consistent smooth texture and are easily swallowed with minimal oral manipulation. The addition of rigid particulates such as mini-tablets produces a disparate texture introducing hard beads to a known smooth food, requiring a higher degree of coordination to manipulate, swallow, and overcome any learned muscle memory of the tongue and cheek. For young children, often the result is pieces (mini-tablets) scattered on the surface of the tongue. Gagging, choking, and food rejection have been known to result from this type of scatter.

EMA guidance dictates that dosing in foods should not be relied on to improve the palatability medicines: “the palatability of a pediatric preparation should be satisfactory on it’s own merit, i.e. without mixing with food or drinks”10. Most “pediatric-friendly” foods do not have sufficient flavor intensity and complexity to mask the aversive taste attributes of most drug actives. As such, an unintended consequence could be to create an aversion to certain foods, which could be practically harmful if dosing in breast milk or formula.

There are also factors related to dose preparation and administration that need to be considered such as measuring the dosing vehicle, adding the mini-tablets to the dosing vehicle, dispersing the mini-tablets in the vehicle and finally administering the dose. The greater the number of steps and implements, the greater is the risk for dosing errors.

Foods also vary greatly in terms of composition and chemical properties (pH, fat and sugar content, water activity, viscosity and other physical properties). All of these can have a dramatic effect on API release and palatability. In a future post we will describe a science-based approach for selecting models foods for testing pharmacokinetics and in-use stability.

Trouble with Tribbles
James T. Kirk’s struggles with Tribbles were well documented over a series of classic Star Trek episodes. Senopsys has conducted numerous studies of mini-tablets to assess taste masking, breakthrough, palatability, texture, swallowability, ease-of-preparation and other factors affecting dose administration and compliance. We welcome the opportunity to share our experience with sponsors developing mini-tablets.