Challenge: Eszopiclone film-coated tablets produce an unpleasant taste in upwards of 30% of patients. The purpose of the study was to evaluate the relationship between the film coating and the bitterness perceived during tablet administration, and to determine how coating or process variables affect the time to perceived bitterness.

Senopsys Approach:  The first step was to develop reproducible tablet evaluation protocols to quantify bitter breakthrough using trained human sensory panelists. Two methods were developed. The first measured the time (seconds) to a reach a moderate bitter intensity using the Flavor Profile scale when the tablets were rolled in the oral cavity (“roll test”). The second measured the number of licks of the tablet band and face (separately evaluated) to reach a moderate bitter intensity (“lick test”). 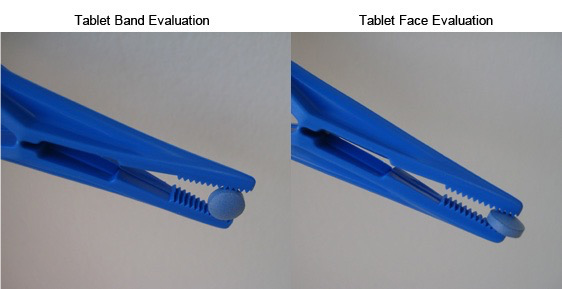 The next step was to apply these methods to measure the effects of coating variables (different coating types and weights) and process variables (mechanical de-dusting) on bitter perception. Senopsys’ trained sensory panelists conducted the study in two parts under a clinical protocol sponsored by Sunovion Pharmaceuticals (www.sunovion.com) approved by an independent Institutional Review Board. The lick test was conducted using a fixed-sequence, repeated-measures design; the roll test following a randomized, blinded design. The lick-test and roll-test data were analyzed separately using a repeated measures Analysis of Variance. A Bonferroni pairwise comparison test was used to determine significant differences between coating variables.

Results: Both the “lick” and “roll” methods of evaluation were good predictors of bitter breakthrough and were highly correlated (r = 0.94). Coating variables were determined to be significantly different (p< 0.001), and the lick test had less variability than the roll test. Coating variables were found to have a greater effect on reducing time to bitter breakthrough than mechanical tablet de-dusting. In summary, by applying experimental design of coating systems in combination with trained human taste panels, tablet coatings can be developed that reduce bitterness perceived during dose administration.