The Nomenclature Standards Committee of the Center for Drug Evaluation and Research (CDER) at the Food and Drug Administration (FDA) developed the following definition for an ODT as a new dosage form in 1998: “A solid dosage form containing medicinal substances which disintegrates rapidly, usually within a matter of seconds, when placed upon the tongue.”

There are a number of ODT technologies, variously based on lyophilization, spinning disc and compression approaches that utilize proprietary ingredients, processing techniques or both.

Several clients have looked to Senopsys to assist them in developing palatable ODTs. 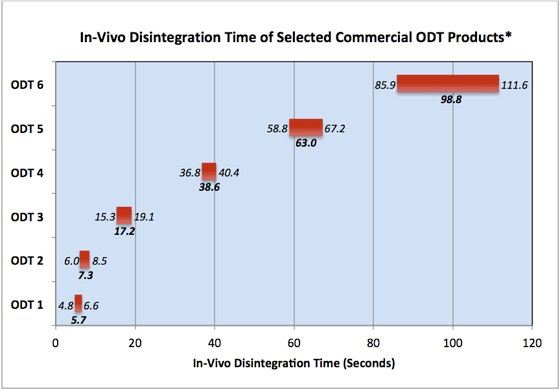 * The range and mean panelist disintegration times are plotted